Setting Up My Blog within the Fediverse via ActivityPub

tl;dr: I now have a self-hosted presence within the fediverse via ActivityPub, which distributes content from my hammyhavoc.com blog. You can follow this from all good ActivityPub-supporting projects, including the usual suspects like Mastodon, Pleroma, and Friendica.

If you use Alex Kirk’s Friends WordPress plugin on your own blog, we can interact in various ways, and you can even send me a friend request to get access to private content that I don’t post publicly.

You may have noticed I’ve been absent from social media for a few months. I have been depressed after losing my uncle and have taken some time to myself to spend with my family, though work hasn’t stopped as I love what I do in terms of audio.

Despite my loss, I likely would have taken a break anyway as my usage of social media has been intermittent for many years at this point, in part due to inaction against fake news, but further compounded by the recent acquisition by Elon Musk. It’s really nothing personal against Musk, I just disagree with major decisions made regarding Twitter as a platform, such as backtracking on publicly supporting free speech and questionably removing and adding features. It’s a far cry from the consistency users are accustomed to, and I feel it is becoming increasingly far removed from the original concept of Twitter.

At some point in order to sustain itself, Twitter must inevitably become anti-consumer, and it has shown that with the re-imagined Twitter Blue subscription, paying for verification, and sudden censorship regarding promoting presences on other platforms, e.g., Mastodon. Clearly someone at Twitter feels threatened by this exodus of users and is attempting to nip it in the bud. Ergo, if you find that this rankles, why support Twitter further than you absolutely have to? If Twitter is so great, why would they need to worry about free, decentralized, open-source methods to replicate their functionality that users can spin up at home on something as simple as Raspberry Pi? That’s rhetorical, by the way.

I won’t be deleting my Twitter account for the foreseeable future as there are still over 22,000 followers on it, and I will still syndicate my content to it (the POSSE strategy; Publish On your own Site, Syndicate Elsewhere), as I do other social media platforms as a good chunk of folks are choosing to remain on it. I do however encourage people to follow my website “within the fediverse” via ActivityPub if you want to generate less value for content silos, though let’s not kid ourselves with any fancy terminology (looking at you “metaverse“), it’s just doing what RSS should have done years ago. RSS is great too; I’ve always been an evangelist for RSS. As always, there’s RSS feeds for all of my websites, and every website I’ve ever built for clients dating back to the very first one.

I had been contemplating configuring my personal website to interact with the fediverse via ActivityPub for a while, though I kept postponing it for a variety of reasons, including the following:

How I setup my blog with ActivityPub

If you’ve been following me for a while, you’ll know that outside of audio, I’ve dabbled in open source web development since the ‘00s, including WordPress plugins like Cookie Dunker.

Getting setup with ActivityPub on my blog was much less of a headache than the ongoing maintenance of running my own Mastodon instance for the time being, and much more elegant in final result. I used a WordPress plugin for ActivityPub, which is also compatible with the IndieWeb suite of plugins.

I setup a 301 redirect from my www subdomain to my TLD, meaning that anybody who lands on a link for the old www based URL will be seamlessly redirected to a naked TLD version of the URL. Most users won’t even notice. I didn’t even need to inform Google via Google Search Console as Google dropped their preferred domain setting in GSC. The 301 redirect takes care of most issues.

As I use some oldskool and badly written plugins, I did however need to run a search-and-replace on my database via phpMyAdmin to replace old www based URLs with naked TLD-based URLs. That only took a few minutes, the most time-consuming aspect of it being waiting for the command to execute against the many rows of the database. Your mileage may vary.

You can change usernames in WordPress

It is a simple process to change usernames in WordPress too. You can either do this via direct access to the database or via a plugin such as Easy Username Updater.

Keep in mind that upon changing your WordPress account username, you will need to change your Display name publicly as preference in the Edit Profile area, otherwise, like in my case, it will appear via ActivityPub as just me.

Prior to this, I already used the IndieWeb plugin suite to interact with the IndieWeb MediaWiki, on which I had previously created an account to ask some questions and improve documentation; however, after changing my domain I used to sign in with and my account username on the WordPress installation, I lost access to my current account. Aaron Parecki, the co-founder of IndieWebCamp, got me back up and running, and told me that I could use the Move feature to migrate my old User page to the new one, whilst retaining its history. Thanks, Aaron!

I installed the Friends plugin. Outside of the web app, despite being able to follow and interact with others, you don’t appear to be able to access this yet via any kind of dedicated desktop or mobile app to otherwise utilize your server like a typical instance, meaning that you need to use a web-app hosted on your website, which is surprisingly decent in terms of UX—or export an OPML file of private or public RSS feeds to use within your usual RSS reader.

I also installed the WebFinger and NodeInfo plugins as I see a lot of potential in making information like this readily available for devs to build further experiences that incorporate content from the fediverse.

Further thoughts on the fediverse

At the time of publishing, @me@hammyhavoc.com is my main intentional presence within the fediverse, so if you want news from me, that’s where to get it. I primarily communicate with others via email and Matrix protocol. Perhaps you could call the Matrix protocol a non-natively interoperable part of the fediverse at a push. Though at that point, I feel like it’s becoming as much of an empty buzzword as the metaverse. Call them what they are: a decentralized means to xyz. It’s still the same ol’ infrastructural backbone that everything passes through in terms of DNS.

I feel that websites, with additions like ActivityPub to distribute content as a more modern alternative to RSS, show promise for tackling the issue of resource consumption and scaling Mastodon instances without ads and centralization. However, as self-hosted blogging is also largely dead for non-commercial hobbyists, with exception to smaller scale movements like IndieWeb, I’m also not holding my breath unless it gets added to the default WordPress experience. It’s also a lot more hoops to jump through versus RSS just working by default in the likes of WordPress. I submitted two pull requests to the Friends plugin to try and remove confusing aspects of getting my blog configured with it that I felt the average casual user would grind to a halt with. Big thanks to Alex Kirk for being so receptive to feedback—you’re a gent.

If you want to reach masses of people outside of a niche community with an interest in decentralization and privacy, obviously focusing solely on ActivityPub isn’t the way to go at present, but as an addendum to a preexisting blog, it starts to make a huge amount of sense as it is largely set-and-forget. Where things get more interesting is when larger platforms offer interoperability with the fediverse via ActivityPub, though I personally have zero interest in random Tumblr blogs in 2023 as it suffers from the same issue as Twitter now does: poor management, and anybody with any serious content to offer likely feels it deserves better than suffering Tumblr in 2023. Strong opinion that I’m sure will rattle a few cages, but I stand by it.

What made Twitter a continuing success was its relative ubiquity in place of innovation à la email and Pro Tools. Critical mass of ubiquity or interoperability will determine the future of Twitter and the fediverse itself. I would like to hope that the internet operates on a tick-tock cycle of decentralization and centralization, though that’s unlikely to be the case. Perhaps what shocks me the most is the loss of skills that the average content creator had in the ‘00s versus in the ‘20s, which is why I’m certain the biggest opportunity for a huge shift from algorithmic pay-to-reach-your-own-audience tock back to own-your-own-platform tick may have been missed, with influential Twitter users instead flocking to other centralized platforms in greater numbers than decentralized ones.

The concept of the IndieWeb movement and fediverse are great on paper, but the execution of them still leaves plenty of room for improvement. I don’t say this to be negative; I say it to set realistic expectations. If you find punk and DIY ideologies resonate with you, you’ll find plenty to enjoy. These still aren’t projects for normies, they’re still firmly in enthusiast territory, even if they aren’t all that complex. They still aren’t accessible in concept, nor adequately user-friendly in installation and configuration. Despite that, they’re still hugely promising, and I do implore anybody with a passing interest to take a look.

Wishing everybody all the best for 2023! Don’t waste too much time on philosophical debate instead of your productive output and your own well-being—tempus fugit. 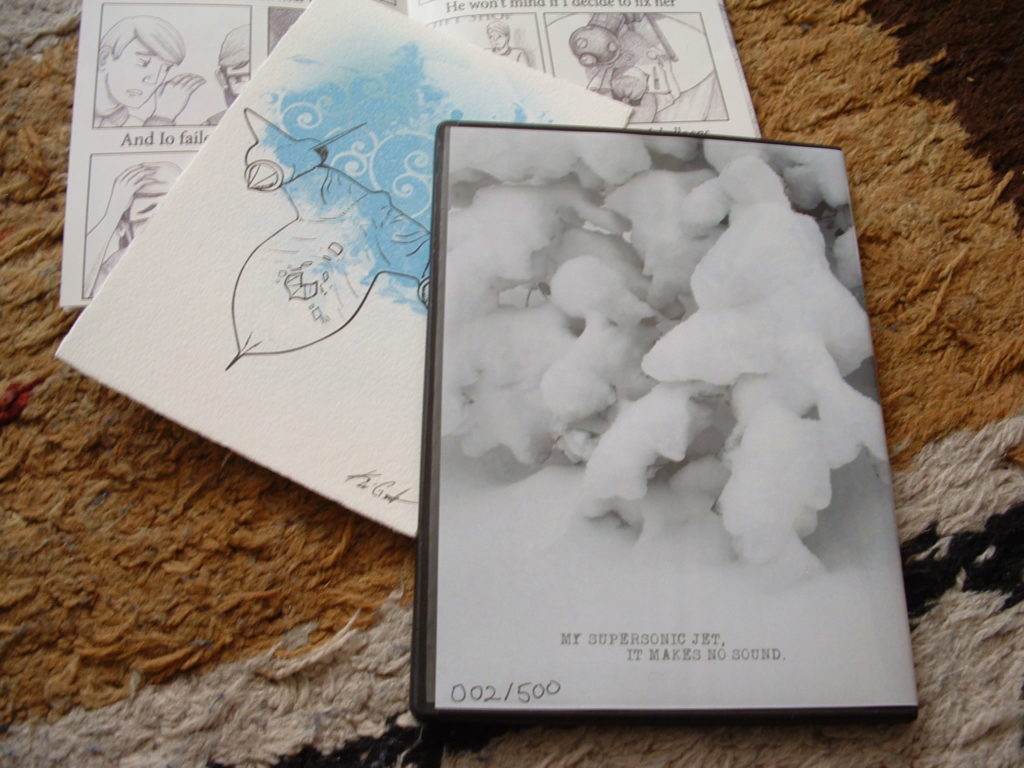